"... always take the favourable side of the question, and without an offensive and flat contradiction, seem to doubt, and represent the uncertainty of reports, where private malice is at least very apt to mingle itself. This candid and temperate behaviour will please the whole uncandid company..."

I know that you are generous and benevolent in your nature, but that, though the principal point is not quite enough, you must seem so too. I do not mean ostentatiously, but do not be ashamed, as many young fellows are of owning the laudable sentiments, of good nature and humanity which you really feell. I have known many young men, who desired to be reckoned men of Spirit, affect a hardness and an unfeelingness, which in reality they never had. Their conversation is in the decisive and minatory tone; they are for breaking bones, cutting off ears, throwing people out of the window, etc., and all these fine declarations, they ratify with horrible and silly oaths. All this to be thought men of spirit. Astonishing error this, which necessarily reduces them to this dilemma ; if they really mean what they say, they are Brutes, and if they do not, they are fools for saying it. This however is a common character amongst young men. Carefully avoid this contagion, and content yourself with being calmly and mildly resolute and steddy, when you are thoroughly convinced that you are in the right, for this is true spirit. What is commonly called in the world, a Man or a Woman of Spirit, are the two most detestable and most dangerous Animals that inhabit it. They are wrongheaded, captious, jealous, offended without reason, and offending with as little. The Man of Spirit has immediate recourse to his sword, and the woman of spirit to her tongue, and it is hard to say which of the two is the most mischievous weapon. It is too usuall a thing, in many companys, to take the tone of scandal and defamation ; some gratify their malice, and others think that they show their wit by it. But I hope that you will never adopt this tone. On the contrary, do you always take the favourable side of the question, and without an offensive and flat contradiction, seem to doubt, and represent the uncertainty of reports, where private malice is at least very apt to mingle itself. This candid and temperate behaviour will please the whole uncandid company, though a sort of gentle contradiction to their unfavourable insinuations; as it makes them hope that they may in their turns find an advocate in you.

There is another kind of offensiveness often used in company, which is to throw out hints and insinuations, only applicable to and felt by one or two persons in the company, who are consequently both embarrassed and angry, and the more so, as they are the more unwilling to show that they apply these hints to themselves. Have a watch over yourself never to say anything that either the whole company, or any one person in it, can reasonably or probably take ill, and remember the French saying, qu'il ne faut pas parler de corde, dans la maison d'un pendu. Good nature universally charms, even all those who have none, and it is impossible to be Aimable without both the reality and the appearances of it.

Taken from Letters of Philip Dormer, fourth earl of Chesterfield, to his godson and successor (Oxford: Clarendon Press, 1890), p. 187-188. First printed in Philip Dormer Stanhope, Miscellaneous works of the Late Philip Dormer Stanhope, Earl of Chesterfield; Consisting of letters, political tracts, and poems. Volume the third; completing the edition of his lordship's works, Began by Dr. Maty. Collected, arranged, and revised, with a preface, and notes, by B. W. of the inner-temple. Printed by and for T. Sherlock; and for J. Williams, Fleet-Street; T. Evans, near York-Buildings, Strand; and J. Ridley, St. James's Street (London), 1778, p. 22-23. Full book from HATHITRUST.

Image: Frontispiece of Philip Dormer Stanhope, Wit a-la-mode; or, Lord Chesterfield's witticisms: being the grand Pantheon of taste, sentiment, and genius. Containing An original and brilliant Assemblage of his Lordship's Genuine Bon Mots, Poignant Repartees, Striking Remarks, Shrewd Sayings, Facetious Anecdotes, Lively Flights, &c. &c. In which The real Dispositions and Manners of many of the most distinguished Persons in the Circles of Genius and Politeness are humorously displayed. To which is added a Choice Collection of Epigrams, Epitaphs, Songs, Conundrums, Riddles, Rebuses, Stories, Jests, &c. &c. And authentic Memoirs of his Lordship. The whole forming the most compleat Fund of Wit and Humour extant. Sld by R. Newport, and A. Mallard (London), 1778. 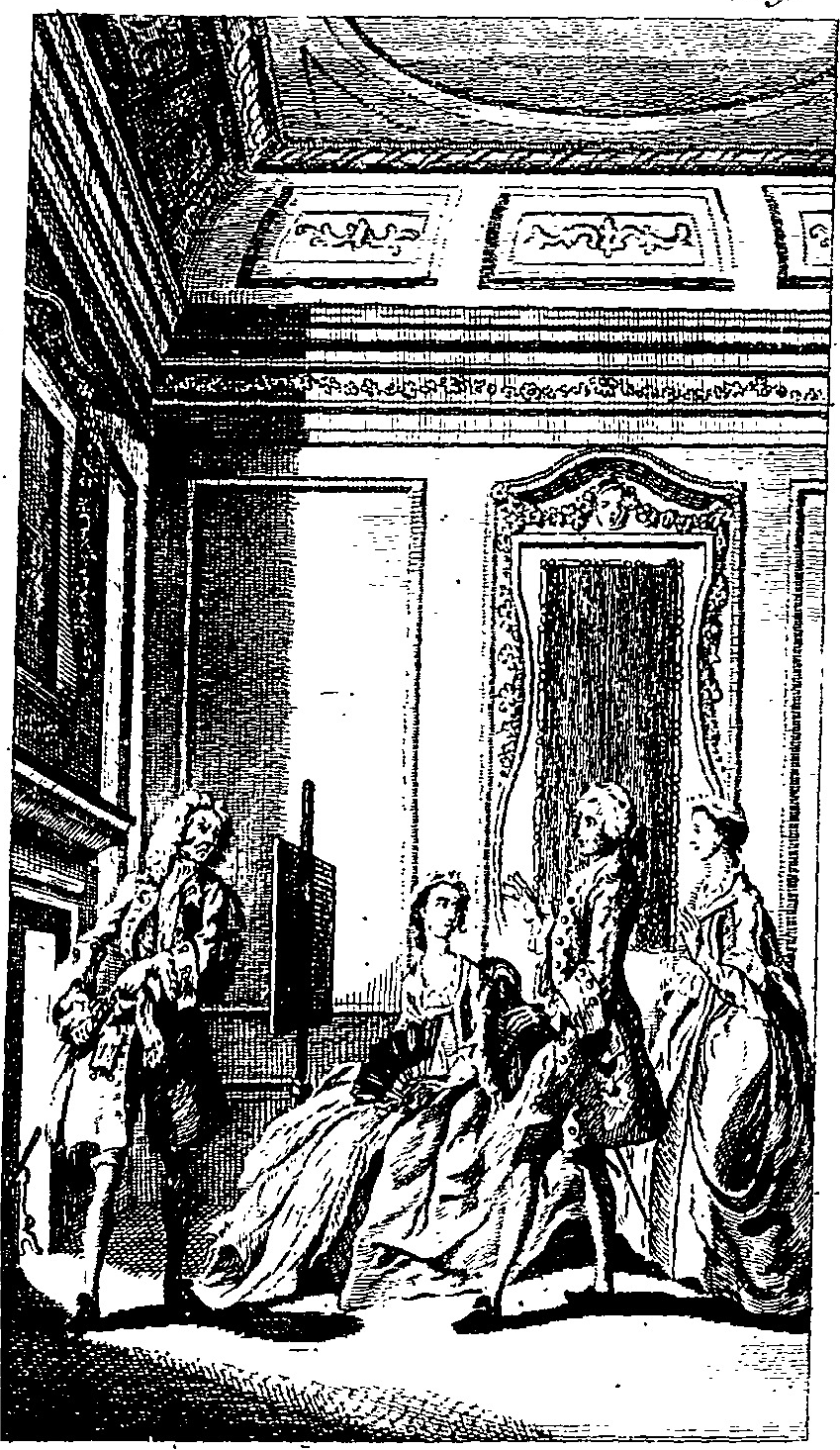