Here I fancied myself in the Circus Maximus at Rome, seeing the ancient games, and the racings of the chariots and horsemen; and in this warmth of my imagination I pleased and diverted myself more and in a more noble manner, than I could possibly do in the crowds of gentlemen at the weighing and starting posts, and at their coming in; or at their meetings at the coffee-houses and gaming-tables after the races were over...

BEING come to Newmarket in the month of October I had the opportunity to see the horse-races; and a great concourse of the nobility and gentry, as well from London as from all parts of England; but they were all so intent, so eager, so busy upon the sharping part of the sport, their wagers and bets, that to me they seemed just as so many horse-coursers in Smithfield, descending (the greatest of them) from their high dignity and quality, to picking one another's pockets, and biting one another as much as possible, and that with such eagerness, as that it might be said they acted without respect to faith, honour, or good manners.

There was Mr. Frampton, the oldest, and as some say, the cunningest jockey in England, one day he lost 1000 guineas, the next he won two thousand; and so alternately he made as light of throwing away five hundred or one thousand pounds at a time, as other men do of their pocket-money, and as perfectly calm, cheerful, and unconcerned, when he had lost one thousand pounds, as when he had won it. On the other side, there was Sir R Fagg, of Sussex, of whom fame says he has the most in him and the least to show for it, relating to jockeyship, of any man there; yet he often carried the prize; his horses, they said, were all cheats, how honest so ever their master was; for he scarce ever produced a horse but he looked like what he was not, and was what no body could expect him to be: If he was as light as the wind, and could fly like a meteor, he was sure to look as clumsy, and as dirty, and as much like a cart-horse as all the cunning of his master and the grooms could make him; and just in this manner he bit some of the greatest gamesters in the field.

I was so sick of the jockeying part, that I left the crowd about the posts, and pleased my self with observing the horses; how the creatures yielded to all the arts and managements of their masters; how they took their airings in sport, and played with the daily heats which they ran over the course before the grand day; but how! as knowing the difference equally with their riders, would they exert their utmost strength at the time of the race itself; and that to such an extremity, that one or two of them died in the stable when they came to be rubbed after the first heat.

Here I fancied myself in the Circus Maximus at Rome, seeing the ancient games, and the racings of the chariots and horsemen; and in this warmth of my imagination I pleased and diverted myself more and in a more noble manner, than I could possibly do in the crowds of gentlemen at the weighing and starting posts, and at their coming in; or at their meetings at the coffee-houses and gaming-tables after the races were over, where there was little or nothing to be seen, but what was the subject of just reproach to them, and reproof from every wise man that looked upon them. N.B. Pray take it with you as you go, you see no ladies at NewMarket, except a few of the neighbouring gentlemen's families who come in their coaches on any particular day to see a race and so go home again directly.

Text taken from Daniel Defoe, A Tour thro' the whole island of Great Britain, divided into circuits or journies. Giving a particular and diverting account of whatever is curious and worth observation, viz. I. A description of the principal cities and towns, their situation, magnitude, government, and commerce. II. The customs, manners, speech, as also the exercises, diversions, and employment of the people. III. The produce and improvement of the lands, the trade, and manufactures. IV. The sea ports and fortifications, the course of rivers, and the inland navigation. V. The publick edifices, seats, and palaces of the nobility and gentry. With useful observations upon the whole. Particularly fitted for the reading of such as desire to travel over the island. By a Gentleman. London: Printed, and sold by G. Strahan, in Cornhill. W. Mears, at the Lamb without Temple-Bar. R. Francklin, under Tom's Coffee-house, Covent-Garden; S. Chapman, at the Angel in Pall-Mall. R. Stagg, in Westminister-Hall, and J. Graves, in St. James's-Street, 1724, vol. 1, p. 114. 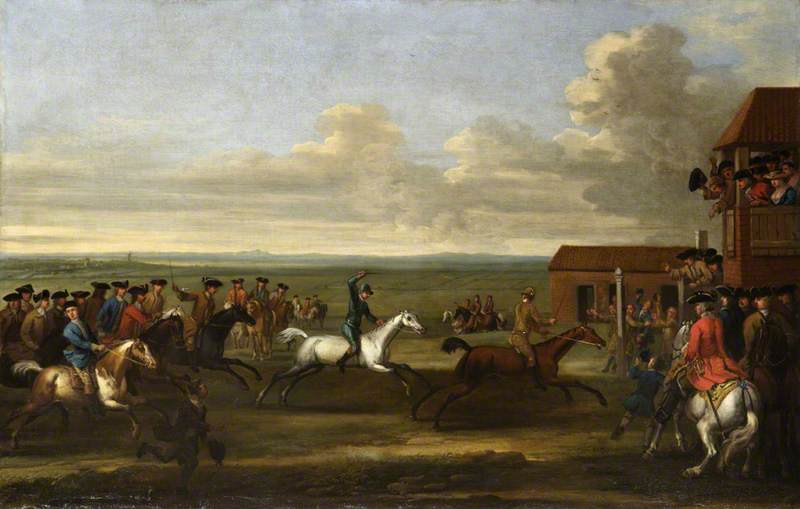