Every voice is united in applauding elegance, propriety, simplicity, spirit in writing; and in blaming fustian, affectation, coldness and a false brilliancy: But when critics come to particulars, this seeming unanimity vanishes; and it is found, that they had affixed a very different meaning to their expressions.

The great variety of Taste, as well as of opinion, which prevails in the world, is too obvious not to have fallen under every one's observation. Men of the most confined knowledge are able to remark a difference of taste in the narrow circle of their acquaintance, even where the persons have been educated under the same government, and have early imbibed the same prejudices. But those, who can enlarge their view to contemplate distant nations and remote ages, are still more surprised at the great inconsistence and contrariety. We are apt to call barbarous whatever departs widely from our own taste and apprehension: But soon find the epithet of reproach retorted on us. And the highest arrogance and self-conceit is at last startled, on observing an equal assurance on all sides, and scruples, amidst such a contest of sentiment, to pronounce positively in its own favour.

As this variety of taste is obvious to the most careless enquirer; so will it be found, on examination, to be still greater in reality than in appearance. The sentiments of men often differ with regard to beauty and deformity of all kinds, even while their general discourse is the same. There are certain terms in every language, which import blame, and others praise; and all men, who use the same tongue, must agree in their application of them. Every voice is united in applauding elegance, propriety, simplicity, spirit in writing; and in blaming fustian, affectation, coldness and a false brilliancy: But when critics come to particulars, this seeming unanimity vanishes; and it is found, that they had affixed a very different meaning to their expressions. In all matters of opinion and science, the case it opposite: The difference among men is there oftener found to lie in generals than in particulars; and to be less in reality than in appearance. An explanation of the terms commonly ends the controversy; and the disputants are surprised to find, that they had been quarreling, while at bottom they agreed in their judgment.

Those who found morality on sentiment, more than on reason, are inclined to comprehend ethics under the former observation, and to maintain, that, in all questions, which regard conduct and manners, the difference among men is really greater than at first sight it appears. It is indeed obvious, that writers of all nations and all ages concur in applauding justice, humanity, magnanimity, prudence, veracity; and in blaming the opposite qualities. Even poets and other authors, whose compositions are chiefly calculated to please the imagination, are yet found, from HOMER down to FENELON, to inculcate the same moral precepts, and to bestow their applause and blame on the same virtues and vices. This great unanimity is usually ascribed to the influence of plain reason; which, in all these cases, maintains similar sentiments in all men, and prevents those controversies, to which the abstract sciences are so much exposed. So far as the unanimity is real, this account may be admitted as satisfactory: But we must also allow that some part of the seeming harmony in morals may be accounted for from the very nature of language. The word virtue, with its equivalent in every tongue, implies praise; as that of vice does blame: And no one, without the most obvious and grossest impropriety, could affix reproach to a term, which in general acceptation is understood in a good sense; or bestow applause, where the idiom requires disapprobation. HOMER's general precepts, where he delivers any such will never be controverted; but it is obvious, that, when he draws particular pictures of manners, and represents heroism in ACHILLES and prudence in ULYSSES, he intermixes a much greater degree of ferocity in the former, and of cunning and fraud in the latter, than FENELON would admit of . The sage ULYSSES in the GREEK poet seems to delight in lies and fictions; and often employs them without any necessity or even advantage: But his more scrupulous son, in the FRENCH epic writer, exposes himself to the most imminent perils, rather than depart from the most exact line of truth and veracity.

The admirers and follows of the ALCORAN insist on the excellent moral precepts interspersed throughout that wild and absurd performance. But it is to be supposed, that the ARABIC words, which correspond to the ENGLISH, equity, justice, temperance, meekness, charity, were such as, from the constant use of that tongue, must always be taken in a good sense; and it would have argued the greatest ignorance, not of morals, but of language, to have mentioned them with any epithets, besides those of applause and approbation. But would we know, whether the pretended prophet had really attained a just sentiment of morals? Let us attend to his narration; and we shall soon find, that he bestows praise on such instances of treachery, inhumanity, cruelty, revenge, bigotry, as are utterly incompatible with civilized society. No steady rule of right seems there to be attended to; and every action is blamed or praised, so far only as it is beneficial or hurtful to the true believers.

The merit of delivering true general precepts in ethics is indeed very small. Whoever recommends any moral virtues, really does no more than is implied in the terms themselves. That people, who invented the word charity, and use it in a good sense, inculcated more clearly and much more efficaciously, the precept, be charitable, than any pretended legislator or prophet, who should insert such a maxim in his writings. Of all expressions, those, which, together with their other meaning, imply a degree either of blame or approbation, are the least liable to be perverted or mistaken.

It is natural for us to seek a Standard of Taste; a rule, by which the various sentiments of men may be reconciled; at least, a decision, afforded, confirming one sentiment, and condemning another. 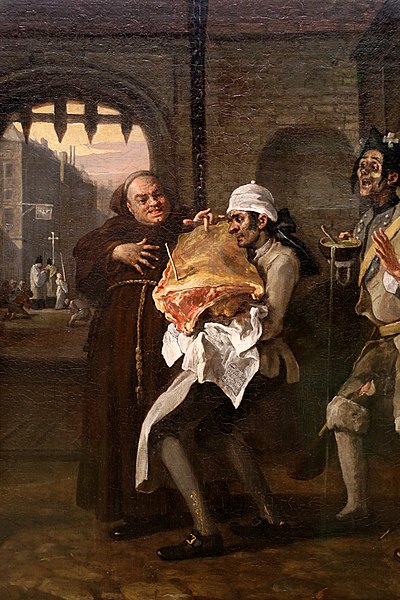