"... when a war became necessary with France, we disus'd their exotick modes, and our fashions were commodious and graceful."

By the fashion, figure, and colour of the cloaths, we may form a judgment of the sentiments and qualities of the mind.

Fantasticalness in dress, if introduced by a foreign nation, presages the bringing in the politicks and religion of that nation. Political and religious garments nearly resemble the artificial, being as often changed as the weather suits.

About the latter part of Queen Anne's reign, a Rev. gentleman wrote a treatise called, A farewel to French kicks, of which our Journalist gives his readers an abridgment. The author of it dissuades his countrymen from the use of French fashions, since we have a right, power, and genius to supply ourselves. The imitation of modes, he says, is a tribute paid to some virtue ; as to valour, beauty, or to a superior skill in arts and sciences. As to valour the French claimed no preheminence over us, the victories we had obtain’d at that time being too fresh in their memories. The Britons have distinguish'd themselves in this particular. We used the Ruff and Fardingal while the Spaniards were highest in reputation ; and when France, by our assistance, prevail'd over ' em, we very complaisantly pursued the French thro ' many extravagant varieties ; but when a war became necessary with France, we disus'd their exotick modes, and our fashions were commodious and graceful.

Beauty, he reckons, as the next quality in directing the modes, which he describes as a sweet reflection of light, arising from the connection and aptitude of the parts. Two sorts of it, national and universal. As to the first, gives a description of a beauty peculiarly French ; as to the second, points out the Britons. Opposes a certain likeness, or figure among the French to the beautiful of either kind, which he represents as the symbol of capering, with the knees touching, and the ankles a foot and a half distant from one another, with a broad codebeck, an immense peruke, and an old lac'd coat.

A third quality which influences the modes, is a superior skill in arts and sciences. Depreciates the French poetry, eloquence, knowledge in medals, musick and painting, when compared with the inimitable performances of other nations

The author proceeds to consider some pleas made in behalf of the French. First as to modes, that they have ever excell'd us in a copiousness and variety of fancy: This is to be imputed to the encouragement given to French taylors, who are priviledg'd with inscribing a new fashion’d garment to a great man, as an author does a book. Another plea is the civility of the French: To which ' tis answered, that they show it when we praise their country, and disregard or undervalue our own. Their third plea is the cheapness of their workmanship : the reason of which is, our workmen find it difficult exactly to imitate the French ; as they do to imitate us. Their last plea is, that they exceed all others in vivacity of temper: This is allow'd, if signifying no more than an impertinent alertness.
The author goes on to make some remarks upon dress, which respect either the head or the body. The attire of the head is either natural, or such as seems so ; or additional. The antients used to signify strength by short, bristly hair, and effeminacy by long. The French on the contrary, dress the man in the longest hair, and the woman with hardly any. Allows the French to have succeeded in the female headdress. Says, there cannot be a better likeness of a Magdalen, than a French lady in a state of compunction.

The attire of the body is purely additional

In the last place takes notice of the qualities requisite to set off dress; such as vivacity in conversation, without levity or impertinence ; a beautiful aspect ; a just stature ; and a genius to dispose the habit according to its proper attitude. 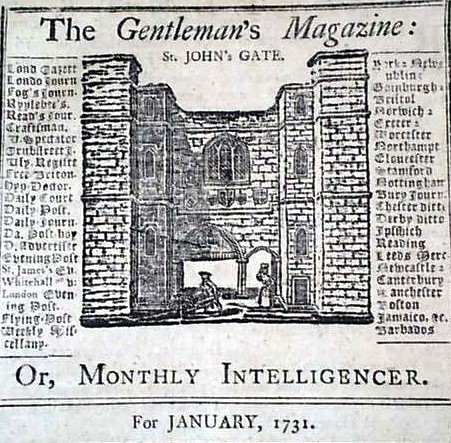