"the promoting the best interests of mankind eminently depends upon the freedom of social communication. Let us imagine to ourselves a number of individuals, who, having first stored their minds with reading and reflection, proceed afterwards in candid and unreserved conversation to compare their ideas, to suggest their doubts, to remove their difficulties, and to cultivate a collected and striking manner of delivering their sentiments."

There is at present in the world a cold reserve that keeps man at a distance from man.

There is an art in the practice of which individuals communicate for ever, without any one telling his neighbour what estimate he should form of his attainments and character, how they ought to be employed, and how to be {213} improved. There is a sort of domestic tactics, the object of which is to instruct us to elude curiosity, and to keep up the tenour of conversation, without the disclosure either of our feelings or our opinions. The philanthropist has no object more deeply at heart than the annihilation of this duplicity and reserve. No man can have much kindness for his species, who does not habituate himself to consider upon each successive occasion of social intercourse how that occasion may be most beneficently improved. Among the topics to which he will be anxious to awaken attention, politics will occupy a principal share.

Books have by their very nature but a limited operation; though, on account of their permanence, their methodical disquisition, and their easiness of access, they are entitled to the foremost place. But their efficacy ought not to engross our confidence. The number of those by whom reading is neglected is exceedingly great. Books to those by whom they are read have a sort of constitutional coldness. We review the arguments of an 'insolent innovator' with sullenness, and are unwilling to stretch our minds to take in all their force. It is with difficulty that we obtain the courage of striking into untrodden paths, and questioning tenets that have been generally received. But conversation accustoms us to hear a variety of sentiments, obliges us to exercise patience and attention, and gives freedom and elasticity to our mental disquisitions. A thinking man, if he will recollect his intellectual history, will find that he has derived inestimable advantage from the stimulus and surprise of colloquial suggestions; and if he {214} review the history of literature, will perceive that minds of great acuteness and ability have commonly existed in a cluster.

It follows that the promoting of the best interests of mankind eminently depends upon the freedom of social communication. Let us imagine to ourselves a number of individuals, who, having first stored their minds with reading and reflection, proceed afterwards in candid and unreserved conversation to compare their ideas, to suggest their doubts, to remove their difficulties, and to cultivate a collected and striking manner of delivering their sentiments. Let us suppose these men, prepared by mutual intercourse, to go forth to the world, to explain with succinctness and simplicity, and in a manner well calculated to arrest attention, the true principles of society. Let us suppose their hearers instigated in their turn to repeat these truths to their companions. We shall then have an idea of knowledge as perpetually gaining ground, unaccompanied with peril in the means of its diffusion. Reason will spread itself, and not a brute and unintelligent sympathy. Discussion perhaps never exists with so much vigour and utility as in the conversation of two persons. It may be carried on with advantage in small and friendly societies. Does the fewness of their numbers imply the rarity of their existence? Far otherwise: the time perhaps will come when such institutions will be universal. Shew to mankind by a few examples the advantages of political discussion undebauched by political enmity and vehemence, and the beauty of the spectacle will soon render the example contagious. Every man will {215} commune with his neighbour. Every man will be eager to tell and to hear what the interest of all requires them to know. The bolts and fortifications of the temple of truth will be removed. The craggy steep of science, which it was before difficult to ascend, will be levelled with the plain. Knowledge will be accessible to all. Wisdom will be the inheritance of man, from which none will be excluded but by their own heedlessness and prodigality. If these ideas cannot completely be realised, till the inequality of conditions and the tyranny of government are rendered somewhat less oppressive, this affords no reason against the setting afloat so generous a system. The improvement of individuals and the melioration of political institutions are destined mutually to produce and reproduce each other. Truth, and above all political truth, is not hard of acquisition, but from the superciliousness of its professors. It has been slow and tedious of improvement, because the study of it has been relegated to doctors and civilians. It has produced little effect upon the practice of mankind, because it has not been allowed a plain and direct appeal to their understandings. Remove these obstacles, render it the common property, bring it into daily use, and you may reasonably promise yourself consequences of the most inestimable value.

But these consequences are the property only of independent and impartial discussion. If once the unambitious and candid circles of enquiring men be swallowed up in the insatiate gulf of noisy assemblies, the opportunity of improvement is instantly {216} annihilated. The happy varieties of sentiment which so eminently contribute to intellectual acuteness are lost. Activity of thought is shackled by the fear that our associates should disclaim us. A fallacious uniformity of opinion is produced, which no man espouses from conviction, but which carries all men along with a resistless tide. Clubs, in the old English sense, that is, the periodical meeting of small and independent circles, may be admitted to fall within the line of these principles. But they cease to be admissible, when united with the tremendous apparatus of articles of confederacy and committees of correspondence. Human beings should meet together, not to enforce, but to enquire. Truth disclaims the alliance of marshalled numbers.

Taken from William Godwin, An Enquiry concerning Political Justice, and its Influence on General Virtue and Happiness, printed for G.G.J. and J. Robinson, Paternoster-Row (London), 1793, p. 213-216 (Book IV, Chapter 2 'Of revolutions', section 1 'Duties of a Citizen'). Full text from HATHITRUST. 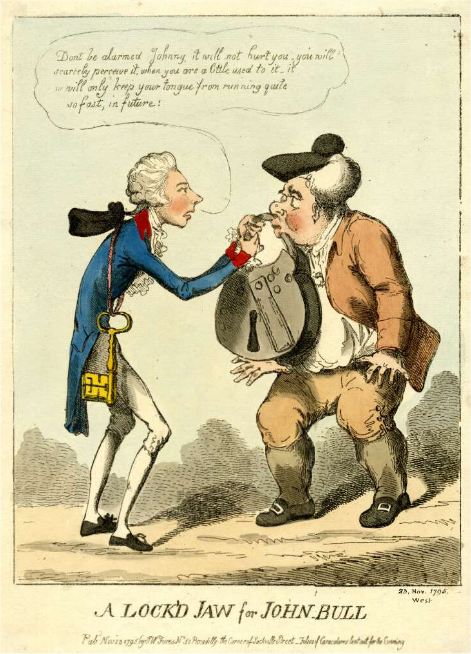