"Hail, Conversation, heav'nly fair,
Thou bliss of life, and balm of care,
Still may thy gentle reign extend,
And taste with wit and science blend!"

Image: "Breaking Up of the Blue Stocking Club" (1815) by Thomas Rowlandson. 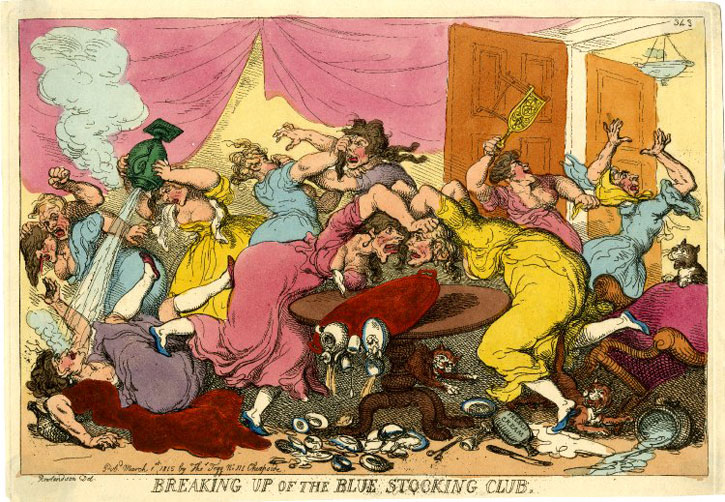