"These have, for some years, been the silent and gloomy inhabitants of the Hospital, who have avoided conversation, and sought solitude..."

In persons of sound mind, as well as in maniacs, the memory is the first power which decays, and there is something remarkable in the manner of its decline. The transactions of the latter part of life are feebly recollected, whilst the scenes of youth, and of manhood, remain more strongly impressed. To many conversations of the old incurable patients to which I have listened, the topic has always turned upon the scenes of early days. In many cases, where the faculties of the mind have been injured by intemperance, the same withering of the recollection may be observed. It may perhaps arise, from the mind at an early period of life being most susceptible and retentive of impressions, and from a greater disposition to be pleased with the objects which are presented : whereas, the cold caution, and fastidiousness with which age surveys the prospects of life, joined to the dulness of the senses, and the slight curiosity which prevails, will, in some degree, explain the difficulty, or rather impossibility, of recalling the history of later transactions.

Insane people who have been good scholars, after a long confinement lose, in a wonderful degree, the correctness of orthography ; when they write, above half the words are generally mis-spelt – they are written according to the pronunciation. It shews how treacherous the memory is without reinforcement. The same necessity of a constant recruit and frequent review of our ideas, satisfactorily explains, why a number of patients lapse nearly into a state of ideotism. These have, for some years, been the silent and gloomy inhabitants of the Hospital, who have avoided conversation, and sought solitude ; consequently have acquired no new ideas, and time has effaced the impression of those formerly stamped upon the mind. Mr. Locke well observes, ‘that there seems to be a constant decay of all our ideas, even of those which are struck deepest, and in minds the most retentive ; so that if they be not sometimes renewed, by repeated exercise of the senses, or reflection on those kind of objects, which at first occasioned them ; the print wears out, and at last there remains nothing to be seen‘.

Text taken from John Haslam, Observations on insanity: With practical remarks on the disease, and an account of the morbid appearances on dissection. Printed for F. and C. Rivington, No. 62, St. Paul's Church-Yard; and sold by J. Hatchard, No. 173, Piccadilly (London), 1798, p. 20-22. Transcription by Noémie Vandenborre (UBO). 1809 edition of the full text from HATHITRUST. 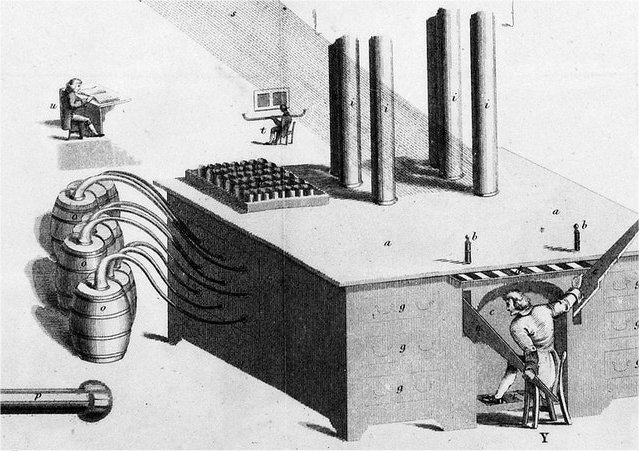