January 17. — Company I had to dinner. — Sharpe, Fuseli, Daniell, Halls & Smirke. Much conversation abt. Art. — Vasari, Fuseli sd. was a useful writer as His books contain much information of circumstancesand of men, — but He had no enlarged view of the Capacities of the Art. —Fuseli had sent his lectures handsomely bound to Vincent at Paris to beby him presented to the Institute with a letter. Poggi [a picture-dealer] carries them. — Marchi told me to day that during the latter part of Sir Joshua Reynolds life, He used as a vehicle in painting the Macgilp only (mastic varnish & drying oil) which He sometimes would lay on a part of his picture without mixing any colour with it, but making it serve as a tint. This did not answer, for in a few months it was sure to become yellow or brown & was obliged to be taken off. —

January 25. — Edridge has been at Windsor 7 weeks making drawings of the Royal family. — The King sat to him on the 3 last days before His Majesty left Windsor. He had wished to sit no more, butconsented on the Sunday, sat on the Monday, Tuesday, & Wednesday & went to London on Thursday. — Edridge said a very strong impression of the goodness of his Majesty's disposition was made on his mind by what he saw of him. —Dr. Monro [Turner's early Patron] mentioned that Abbot the Portrait Painter died abt. 6 weeks ago in a state of Insanity. A Commission of Lunacy had been taken out and it then proved that He was not possessed of more than 3 or 400 pounds a year. —

January 26. — A conversation abt. different merits of artists. —Northcote sd. Beechey more original than Hoppner but his art is of a lower quality. Hoppner has a better eye, a higher taste, and gets his pictures better together. — Lawrence more original than Hoppner, & of higher quality than Beechey: but his pictures want fullness and are broke into parts, & but little power in Colouring. — Turner has a great deal of painters feeling, but his works too much made up from pictures, not  enough of original observation of nature : Girtin had more of it. —Smirke differed from him in this respect. —Nollekens told us young Bacon has pushed his notices of his Exhibition of the Statue of Lord Cornwallis so far, that 4 or 500 people go each day. The Cards of admittance are circulated to Performers — Couriers &c.

January 28.— Mrs. Wheatley called, Her 2 daugrs. with Her. She was at Perry's, of the Morning Chronicle yesterday, where she was told that Barry [R.A.] has been very ill & in great distress. In His House 3 days in bed witht. food or attendance, — crawled to the window, —Stopped a passing Hackney Coach, — was conveyed by it to a friends in Soho square, a Surgeon,— told him was come to die and declared His means of subsistence were gone. The friend hired & placed him in lodgings and attended & recovered him. A subscription by way of raffle for a picture of his, a Venus, is proposed. Lord Buchan who is also afriend of Barry's has written to Perry abt. him. 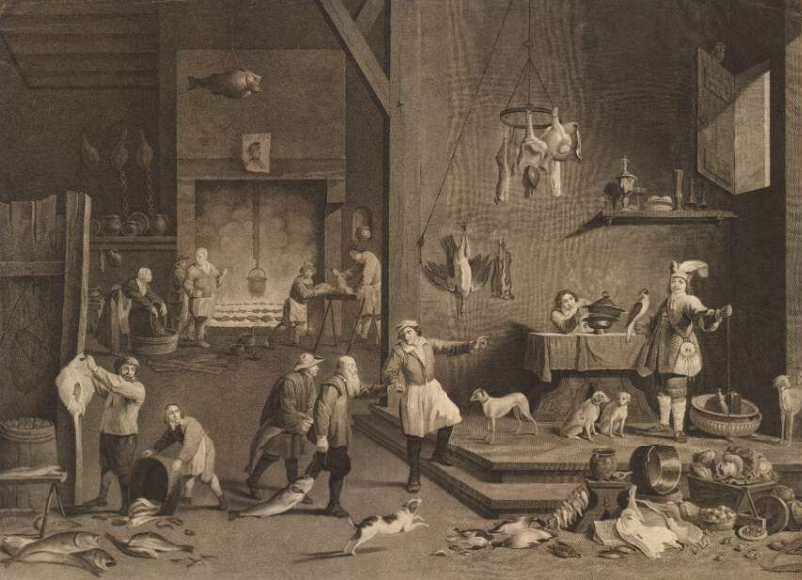