Memoirs, Illustrative of the Life And Writings of John Evelyn (1696)

"Will ever those swarmes of locusts, Lawyers & Attorneys, who fill so many seats, vote for a publiq Register, by which men may be secured of their titles & possessions, & an infinity of suits & frauds prevented ?"

To my Lord Godolphin, one of the Lord justices, and first Commissioner of the Treasury

Link to the Encyclopedia : Electoral Sociability

Wittnesse the; confus'd, debauch'd, & riotous manner of electing Members qualified to become the representatives of a Nation, with' legislative power to dispose of the fate of kingdomes; which should & would be compos'd of worthy persons, of known integritie & ability in their respective countries, and still would serve them generously, & as their ancestors have don, but are not able to fling away a son or daughter's portion to bribe the votes of a drunken; multitude, more resembling a pagan Bacchanalia, than an assembly of Christians & sober men met upon the most solemn occasion that can concerne a people, and stand in competition with some rich scrivener, brewer, banker, or one in some gainfull office, whose face or name, perhaps, they never saw or knew before. How, my Ld, must this sound abroad !

With what dishonor & shame at home! To this add the disproportion of the Buroughs capable of electing members, by which the major part of the whole kingdom are frequently out-voted, be the cause never so unjust, if it concerne a party interest.

Will ever those swarmes of locusts, Lawyers & Attorneys, who fill so many seats, vote for a publiq Register, by which men may be secured of their titles & possessions, & an infinity of suits & frauds prevented ?

Im'oderate fees, tedious & ruinous delays, & tossings from court to court before an easy cause, which might be determin'd by honest gentlemen & understanding neighbours, can come to any final issue, may be number'd amongst the most vexatious oppressions that call aloud for redresse.

The; want of bodys (slaves) for publiq & laborious works, to which many sorts of animals might be usefully condemn'd, and some reform'd instead of sending them to the; gallows, deserves to be consider'd.

These, & the like are the greate desiderata (as well as the reformation of the Coine), which are plainely wanting to the; consu'mate felicity of this Nation; and divers of them of absolute necessitie to its recovery from the atrophy & consumption it labours under.

The; King himselfe should (my Lord') be acquainted with these particulars, & of the; greate importance of them, by such as from their wisedome & integrity, deserve the neerest accesse, and would purchase him the hearts of a free & emancipated people, & a blessing on the  government; were he pleas'd uncessantly to recommend them to those,  who, from time to time, are call'd together for these ends, & healing  of the nation.

Text taken from  John Evelyn and William Bray. Memoirs, Illustrative of the Life And Writings of John Evelyn ...: Comprising His Diary, From the Year 1641 to 1705-6, And a Selection of His Familiar Letters. To Which Is Subjoined, the Private Correspondence Between King Charles I. And His Secretary of State, Sir Edward Nicholas, Whilst His Majesty Was In Scotland, 1641, And At Other Times During the Civil War; Also Between Sir Edward Hyde, Afterwards Earl of Clarendon, And Sir Richard Browne, Ambassador to the Court of France, In the Time of King Charles I. And the Usurpation. The Whole Now First Published From the Original Mss. In Two Volumes. Second edition. London: Printed for Henry Colburn... : and sold by John and Arthur Arch... , 1819, p. 277-278. Full text in HathiTrust. 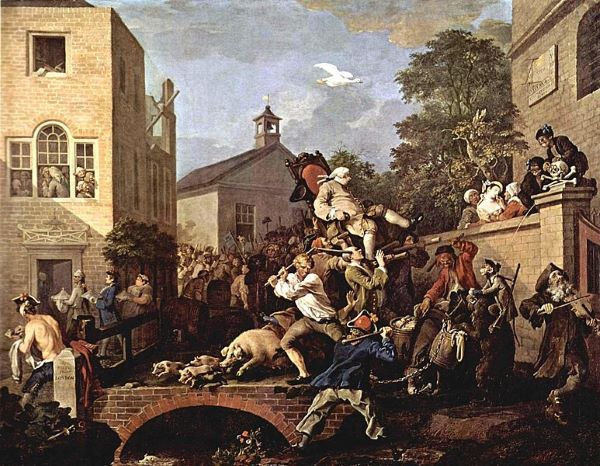