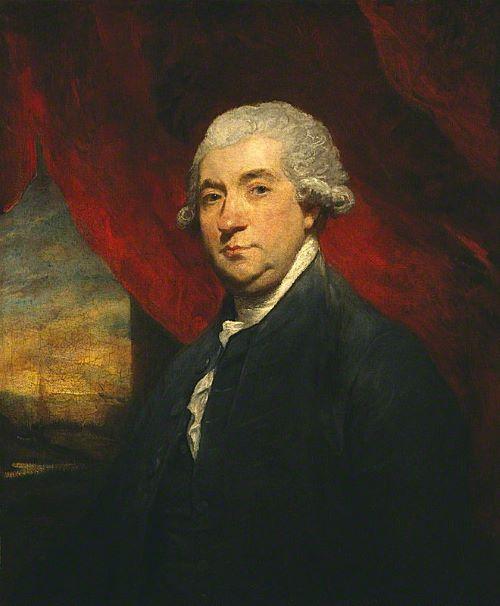 After a restricted childhood, Boswell as a young man broke out to become a hard-drinking womaniser and dedicated socialiser. He also devoted considerable time to seeking out the company of great men, not least the famous Samuel Johnson. He enjoyed, too, the company of intelligent upper-class women in terms of sociability rather than for sexual pleasure. He was a depressive, often connected to his excessive drinking, which placed a limit on his capacity for sociability.

Boswell, who was born into a Scottish Presbyterian legal and landowning family in 1740, suffered all his life from what he considered to have been his over-controlled, damnation-obsessed childhood in Edinburgh and on the family estate in Auchinleck. His father, Lord Auchinleck, a member of the Scottish Court of Session, whom he respected and feared in equal measure, was very much the authority in the family, insisting on both the religious and the career training of his eldest son. As Boswell moved into late adolescence he became increasingly prone to bouts of depression, not helped by this insistence that he study law and enter the legal profession. He found some alleviation in the pleasures of the Edinburgh cultural scene, including the theatre, alcohol and an affair with an actress. These, and especially the latter two, drink and women, characterised his lifelong capacity for sociability. Add to this his capacity to be impressed by the company of the rich and famous – the well-born, the well-connected, the well-known and those with exceptional talent or intellect – and that is Boswellian sociability.

Boswell is still notorious for his ‘head-hunting’, his seeking out the acquaintance of the leading men of his time and attempting to be known socially with them. As Lord Macaulay put it in his scathing review of John Wilson Croker’s edition of the Life of Johnson in 1831: ‘He was always laying himself at the feet of some eminent man, and begging to be spit upon and trampled upon’.1  Successive eminent men included David Hume, Samuel Johnson, Jean-Jacques Rousseau, Voltaire, and Pasquale Paoli, the Corsican resistance leader. What this view overlooks, though, is that strong element of sociability in Boswell’s nature that made such figures frequently very pleased to make his acquaintance: he was, quite simply, good company – attentive, amusing, intelligent and above all lively. Johnson, most clearly, and Paoli, once exiled in England, became lifelong friends and were pleased to see him often during his annual spring visits to London from Edinburgh. Through Johnson in particular, Boswell became friends with a set of men he might not otherwise have met, or met so soon and so favourably. These included Edmund Burke, David Garrick, Joshua Reynolds and Oliver Goldsmith; but other friends, like John Wilkes, and various members of the Scottish nobility, were already part of Boswell’s circle, and would remain so – indeed, he even contrived a dinner in London in May 1776 that brought Johnson and Wilkes, the bitterest of political rivals, together in an atmosphere of sociability and mutual good humour, though the good humour found its focus in making jokes at Boswell’s expense. But this was part of Boswell’s talent, not only relishing the sociable but actively contriving it. He could be immensely self-promoting, often in a highly embarrassing way, as at the annual dinner of the Company of Grocers in London in November 1790, in the presence of Prime Minister William Pitt, an honorary member of the Company, when Boswell sang the semi-satirical ballad, ‘William Pitt, The Grocer of London’, six times, apparently by popular acclaim, in a misguided attempt to curry favour from Pitt in his political ambitions. But Boswell seems to have been utterly beyond embarrassment, especially at large social occasions, and especially after consuming alcohol. The other side of this coin is that he seemed happy to be made fun of when that furthered the sociability of a social situation. His pride and satisfaction at engineering the Johnson/Wilkes dinner, and of course in being able to parade that in the Life of Johnson fifteen years later, after Johnson’s death, more than compensated for having been the butt of a few anti-Scottish jokes between two men who were both his friends – though far from friends with each other.

A second aspect of Boswellian sociability was centred on alcohol. This was a facet of his personality less known to Macaulay, who did not have the benefit of the availability of the extensive and detailed (sometimes embarrassingly so) journal, which Boswell kept for more or less the whole of his life, and which remained lost until the early years of the twentieth century. Drinking for Boswell almost always took place within a social context. He was not particularly choosey, though, about the nature of that context, or about the location of his drinking. As long as there was company, he would drink: with lords and ladies, as at Northumberland House, where Trafalgar Square now is, where the set surrounding the Duke and Duchess of Northumberland congregated, as he did in London during his visit of 1762-1763; or with politicians and genteel tradesmen, as at the Grocers’ dinner cited above; or with his legal friends and acquaintances back in Edinburgh, as he did all his life; or with prostitutes in London, or Edinburgh, or anywhere, as he also did all his life; or, as he did returning to Edinburgh from Auchinleck in March 1777 with an old friend, Richard Montgomery, ‘at some low ale-house’, where ‘I drank outrageously’ and ‘arrived at Edinburgh very drunk’.2  Boswell, admittedly, does from time to time make some attempt to justify his drinking, for example a few days after this occasion. Of enjoying a drink after supper on 2 April 1777 with Major Charles Preston, he writes: ‘Kindness or acquaintance is much more expeditiously formed over wine than by the common intercourse of life. [...] When knives or scissors are sharped, the grindstone is always well moistened’ (Boswell in Extremes 106). Out of his seventy Hypochondriack essays, which were published between 1777 and 1783 in the London Magazine, Boswell devoted four to ‘Drinking’, which is more than any other topic apart from ‘Hypochondria’ itself, which also has four. ‘I do fairly acknowledge that I love Drinking’, he declares at the beginning of the first, for March 1780, and ‘that I have a constitutional inclination to indulge in fermented liquors’, before going on swiftly to demolish the ‘Kindness or acquaintance’ theory:

‘It is vain for those who drink liberally to say that it is only for the sake of good company. Because it is very certain that if the wine were removed the company would soon break up, and it is plain that where wine is largely drunk there is less true social intercourse than in almost any other situation. Every one is intent upon the main object.‘3

The ‘main object’ in this kind of company is, of course, inebriation, which places a limit on other features that Boswell valued when enjoying the society of his fellow beings, including intelligent or instructive or amusing conversation, the sheer pleasure of being with a person or people for whom he felt affection or respect, and flirting. Boswell’s taste in women and in female society was if anything even wider than his taste in alcohol and his expectations of the kind of sociability that was possible from it changed the further down the social scale he went. Few if any of his sexual relationships were with women of the highest social class. With such women his expectations were similar to the sociability he enjoyed with men, with the bonus of their being female: he enjoyed their company and was able to flirt as an amusement rather than as a preliminary to anything. He was by no means a Byron. He thus remained a welcome guest in many of the best social gatherings from the Northumberlands downwards, conducting himself appropriately:

‘LADY NORTHUMBERLAND: Why don’t you go to Court, Mr Boswell? I’m sure that’s a cheap diversion; it costs you nothing, and you see all the best company, and chat away. It is the best coffee-house in town.

BOSWELL: But ought I not, Madam, to be introduced first?

LADY NORTHUMBERLAND: You should, Sir. To be sure, some people do go and stand there without being presented. But that would not be right for a man of your rank.‘4

Equally, as an unmarried young man he did not seek sexual encounters with potential brides. These were women not of the highest social class, but of good family and income and they were as off-limits, apparently, as duchesses and titled ladies. Such were his Dutch friend Belle de Zuylen (Zélide), with whom he had an intense emotional and intellectual relationship while in Holland in 1763-1764, and the two final contenders in his choice of wife, the Irish Marianne Boyd and his Scottish cousin Margaret Montgomerie, later Margaret Boswell. His enjoyment of female sociability changed, though, once he reached the lower levels of the professional classes, of the trading class, and of course the level of actresses, serving girls and prostitutes. His relationship with the actress ‘Louisa’ (Anne Lewis) in London in 1762-1763 is a perfect example. The wooing observes all the polite social niceties, with a mix of gallantry, wit and deference:

‘Madam, I was very happy to find you. From the first time that I saw you, I admired you.’ ‘O, Sir.’ ‘I did, indeed. What I like beyond everything is an agreeable female companion, where I can be at home and have tea and genteel conversation. I was quite happy to be here. ‘Sir, you are welcome here as often as you please.’ (London Journal 115)

The pay-off, however, when it comes is a level of physical reality far beyond ‘tea and genteel conversation’: ‘A more voluptuous night I never enjoyed. Five times was I fairly lost in supreme rapture. Louisa was madly fond of me; she declared I was a prodigy.’ (London Journal 163) Capable of charm, of politeness and of conversation with a wide range of women, Boswell brought sociability with him to duchesses, heiresses, actresses and prostitutes alike.

What Boswell means by ‘true social intercourse’, in the quotation from his ‘Drinking’ essay, can be gained from the early pages of his London Journal, where he considers the kind of figure he hopes to cut in society in this, his first real independent foray into English society. He will model himself, he writes, on ‘Mr Addison’s character in sentiment, mixed with a little of the gaiety of Sir Richard Steele’, to which he will add ‘the manners’ of his friend the Edinburgh actor ‘Mr Digges’ (London Journal 89). A proper balance of sentiment, humour and manners, in other words, is necessary for Boswellian sociability, no matter what the activity, and notwithstanding the location. Underlying all of this, however, is also his favourite role model of all, ‘Captain Macheath’ from John Gay’s Beggar’s Opera, the charming rogue whose bearing and dash wins him admiration – and women – in every company.