London theatres (and their audiences) 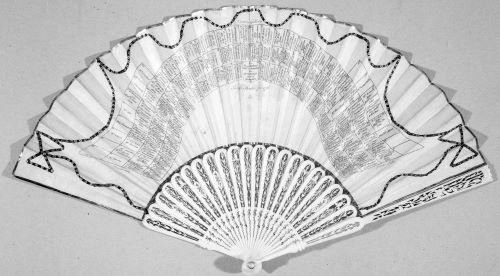 The analysis of theatrical prologues and epilogues, and of the sociological make-up of audiences and performance spaces, paints a picture of London theatre during the long eighteenth century as a complex ecosystem of sociabilities in which socio-economics and gender dynamics converged, making it a prime space of sociability.

Samuel Pepys, celebrated diarist and Chief Secretary to the Admiralty, is one of our main sources on the theatre as a central element of London social life. Though he misidentified the titles of the plays he went to see with astonishing regularity, he mentioned every noteworthy personality he encountered there with unfailing accuracy. Pepys’ diary entry for February 23, 1662/1663, is but one example among others. Directly after Pepys and his wife attended a performance of Stapylton’s The Slighted Maid at the Duke’s Theatre, they made their way to a show given by the rival company:

‘The play being done, we took coach and to Court, and there got good places, and saw “The Wilde Gallant,” performed by the King’s house, but it was ill acted, and the play so poor a thing as I never saw in my life almost, and so little answering the name, that from beginning to end, I could not, nor can at this time, tell certainly which was the Wild Gallant. The King did not seem pleased at all, all the whole play, nor any body else, though Mr. Clerke whom we met here did commend it to us’ 1

Indeed, the London theatre was not merely a place where one enjoyed aesthetic pleasures and artistic representation; during the long eighteenth century in particular, it was, perhaps above all else, a highly valued space of sociability. The specific qualities of theatre sociability can be defined through studying the spatial design and geographical distribution of performance venues, as well as the sociology of the audiences that frequented those spaces.

At no other time in the history of English theatre was this institution so strongly tied to the British monarchy. The ban on theatre during the Interregnum,2 and its revival in the early months of the Restoration, has led many observers to symbolically link the fate of the stage to that of the crown. See, for example, John Denham’s famous lines in this regard:

This truth we can to our advantage say,
They that would have no KING, would have no Play:
The Laurel and the Crown together went,
Had the same Foes, and the same Banishment.3

Elizabethan and Jacobean theatres had operated as free commercial enterprises. In 1660, however, the king issued letters patent for the creation of the King’s and the Duke’s companies to two of his family members, effectively transforming the theatre into a duopoly. The companies would be directed under the patronage of Thomas Killigrew and William Davenant, respectively. Charles II would regularly frequent the theatre in company with family, the royal court, or foreign ambassadors.

There were other changes to mark the departure from Elizabethan tradition: the two playhouses were shifted westward towards Westminster, and ticket prices rose (in part due to investments in expensive theatre machinery), which led critics to lament the partial gentrification of theatre audiences. Jocelyn Powell writes that, in 1660, the cheapest seats were priced at a shilling, or the equivalent of what two chickens cost at the market. As for the top-price tickets, they sold for the equivalent of one week’s wages for a farm worker.  Peter Holland arrives at similar conclusions. In 1809, the increase in ticket prices and the ensuing riots and protests, christened the ‘Old price Riots,’ strongly suggest a public sufficiently invested in the theatre that it warranted an organised revolt, and for whom the increase was not financially sustainable.4

The study of performance spaces, though based on often lacunary sources, also informs our research into theatre sociability.5  The sociological make-up of theatre audiences, and the social dynamics of theatre interiors in London during the long eighteenth century, have long been the subjects of debate.6  Prologues and epilogues to contemporary dramatic plays regularly reference the social division of spaces within the hall itself, which suggests there was indeed a marked symbolic segregation, as we can see in this prologue to a play by John Lacy: ‘Defend me, O friends, of th’upper Region /From the hard censure of this lower Legion.7

Needless to say, texts so obviously steeped in rhetorical tradition must be approached with caution. Nonetheless, the stalls do seem to have been the privileged domain of the ‘Wits’—a group of mostly male courtier regulars, who occupied the space, offering up vociferous taunts and criticisms, all with impunity—as well as fruit sellers and prostitutes in search of wealthy customers. The layout of the space and the constant lighting (candles remained lit during performances) further suggest that the goings-on in this section amounted to a veritable play-within-a-play. The stalls were also often dubbed ‘censors,’ as if they constituted a form of theatrical proto-criticism capable of influencing reception beyond their numerical importance. And yet, inasmuch as the sources allow us to attest, seats were—in theory—allotted solely based on economic criteria and not, despite suspicion, on any social distinction.

Also according to the rhetorical tradition of the prologues, the most expensive boxes were spaces where women of high society entertained: in Georgian England, the boxes, rented yearly, were virtual extensions of the drawing room.8 Prologues and epilogues alike depict the ladies who occupied the boxes as being particularly sensitive to the supposed indecency of the plays.9 However, there is no record of a women’s group lobbying to have the plays condemned, and it may be that their supposed indignation was actually a ploy designed to promote the success of the play through scandal. Aphra Behn—the first woman to make a living from writing for the theatre—regularly ascribed failures in her writing to her gender, though this is likely another a rhetorical device.

The presence of female players on the stage profoundly modified not only theatrical life, but also the dynamic between the public and those on stage.10 The king appointed several of the actresses from amongst his favourites (Nell Gwyn, for one), and Pepys cheerfully remarked upon the agreeable appearance of some of her female colleague. Prostitutes and courtesans could also be found in the stalls, where they were permitted to circulate. Their presence posed another challenge entirely: throughout the long eighteenth century, theatre managers seemed to vacillate between denying them entry, thus ensuring the theatre remain a place of respectable sociability, and capitalising on their commercial value, as they would attract a more diverse clientele.

The celebrity of female players was also the focus of new debates. Performers such as Elizabeth Barry and Anne Bracegirdle even developed sizeable cult followings, skewing the traditionally reciprocal relationships between actors and the public.11

Towards the beginning of the eighteenth century, the theatre was nonetheless still a place where spectators fought, called out to each other, or engaged in duels. The precision of certain topical allusions in the plays suggests a high degree of connivance between the players and the audience. For a modest fee, one might even gain admittance backstage and meet with the actors—or preferably, with the actresses. In his diary, Pepys notes:

’… and so to the King’s House, and there, going in, met with Knepp, and she took us up into the tireing-rooms: and to the women’s shift, where Nell was dressing herself, and was all unready, and is very pretty, prettier than I thought. (…) and she gave us fruit and here I read the questions to Knepp, while she answered me, through all her part of “Flora’s Vagaries” which was acted to-day. But, Lord! to see how they were both painted would make a man mad, and did make me loath them; and what base company of men comes among them, and how lewdly they talk!’12

The give and take between the stage and the stalls was part of the pleasure of the show, whether improvised or rehearsed, but the texts themselves were rife with allusions sometimes so veiled and precise that it is difficult to imagine what percentage of the public could decipher them.

English theatre during the long eighteenth century was a complex ecosystem of sociability. A sense of collectiveness was beginning to take shape in the theatre community. And yet, despite the sociological diversity of its public, the theatre would retain the subtle distinctions of social hierarchy.