"Tobacco, by the Bye, is an excellent Weed: It both clears and clogs up the Brain; it promotes and prevents thinking; it hinders you from talking at all, or it enables you to talk with  proper Gravity and Sedateness, as it obliges you to make the proper Pauses, which Sheridan in his Lectures affirms to be the greatest Perfection in an Orator."

To the Printer of the Public Advertiser

Though I am seldom involved in Cloud of Smoke at the Cyder-Cellar in Maiden-Lane, where the Company can hardly distinguish one another, on account of it, sufficiently to enabie them to call out, Mr. Such-an-one, your Health, yet I am frequently in the same State of Eclipse at Sot's Hole at the Goofe and Gridiron in St. Paul's Church-yard. Tobacco, by the Bye, is an excellent Weed: It both clears and clogs up the Brain; it promotes and prevents thinking; it hinders you from talking at all, or it enables you to talk with  proper Gravity and Sedateness, as it obliges you to make the proper Pauses, which Sheridan in his Lectures affirms to be the greatest Perfection in an Orator.

This by the Bye - Now to come to my Subject - If the Great have their Luxuries, which their Greatnesses are humbly pleased only to call Necessaries of Life, why may not We Small Folks have likewise Our Luxuries, which really and truly are in some measure the Necessaries of Life? But the Taxes, that are laid upon the Luxuries of the one and the Luxuries of the other, are in my Opinion very disproportionable and unequal. The Rich can afford to pay for them, or they can change one Luxury for a cheaper: The Poor in many Instances can do neither, as his Luxuries are confined in a very small Compass. For Example, if his Lordship finds Brown and Whitefoord's Claret too dear, he may regale full as well, and at much easier Rate, over a Bottle of Humble Port: If the Reckonings at Arthur's. Almack's, and the St. Alban's, swell too high for his Lordship's Pocket, there are many a Tavern-keepers, who will salute him at parting with a - Very welcome, Sir - at a Quarter the Expence. The Coal-heaver, on the al contrary, is under a Necessity of keeping up on the Strength of his Back and Shoulders by luxuriously pouring down repeated Draughts of Calvert's Entire Butt: He has no Place to stop at, or to go to, for Refreshment but the Brewers Arms, the Crown, or the Three Compasses: He would infallibly sink under the Weight of a Sack of Coals, if he changed his Porter for the four, thick, Hog-wash Small Beer, retailed out in Halfp'orths and Farthingworths at the Chandler's Shop. To illustrate this  still further by another Instance - If his Lordship's Estate should be a little out at Elbows, if he has lent all his Money at an Election, or if he cannot get a Place, (which he will scarce be able to do, if he cannot get into-Parliament) he may convert his Champagne into Perry, as Perry has been often converted into Champagne. But the Here- fordshire Labourer, if he finds his ufual heartening and invigorating Liquor too expenfive for him on Account of the Duty, must be forced to lower his Cyder down to mere Water.

Having hinted, that the additional Tax upon Beer, and the new Tax upon Cyder, are molt grievous to the lower Rank of People, as they are unavoidable, while the Taxes upon the better, that is, dearer Kinds of Liquors consumed by the Great, cannot at all affect them, as these may be avoided, I shall proceed to point out some Commodities as I Shall confine my present Observations to Liquors only)  Which the Palates of the Vulgar are never regaled with.

The first Tax, that I shall mention, is an additional Duty upon Tea: And this I would have extended to all Sorts of Teas, from the Superfine Hyson at a Guinea a Pound, down to the Washerwoman's Bohea at Three-farthings the Quarter. One principal Reason for my wishing to have this  Commodity made too dear for the lower Sort of People to purchafe is, that a Cobler's Wife fancies-herfelf as narvous as a Lady of Quality; and the Half-quartern from the Chandler's Shop is always followed with all an Half-quartern from the Gin Shop.

The common British Spirituous, or (to ufe the Dialect of the Night-cellar) Spiritiual Liquors are so heavily taxed, that poor Perfons cannot afford to get drunk with them as they used to do; and a most grievous additional Duty has been laid upon forcegn  Brandy and Rum, without any Regard to the great Beckford, or the patriotic Ashley, who merely pro bono publico was the first that retailed Punch out in Three-penn'-orths, [...]

But why should not a Tax be laid upon these foreign Cordials, which are distinguished by such elegant and inviting Names, as Perfect Love, Oil of Venus, Spirit of Adonis, &c. and Which the French emphatically stile Liqueurs. These are calculated to refresh the  Stomach, raise the, Spirits, comfort the Narves and drive away the Vapours, when a Lady of Fashion has got the Hysterics from being alone, or from being fatigued by having gone to Routs, Ranelagh, or the Playhouse, or from having sate up all Night at the Card-table. Downright Gin and Aniseed are designed to anfwer the same Purposes among the Vulgar; to chear up a Washerwoman, who is sick with sucking up nothing but Soap-suds, or to refresh a Chairwoman, who is almost choaked with the Dust that her Broom has raised in sweeping down the Stairs. I do not, therefore, know why the foreign Drams, though they bear such fine Names, should escape, being taxed any more than the plain English ones: For I can see no Difference, except in the Name only, between the politely-sounding Ratifia de Neuille, and what the Vulgar have distinguished by the coarser Title of Strip- me-naked.

One Tax more, and I have done. - I would have a Tax laid upon that insipid Liquor, Lemonade, which is drank at Routs and Assemblies by Perfons of Fashion, and is not at all envied them by us common Sort of People. For my part, Mr. Printer, I must confess I have an utter Aversion to it; and if I was to drink it, I should chuse first to convert into a much nobler Liquor by the Addition of a little Brandy or Rum to it. Would not you chuse to do the same?

I am your humble Servant, 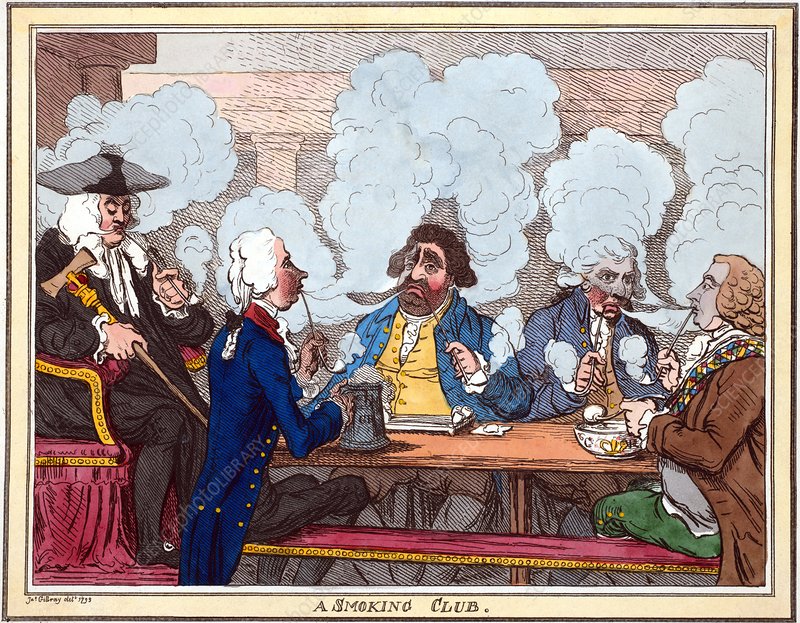