"The Ladies that have an Inclination to be Private, take Delight in the Close Walks of Spring−Gardens, where both Sexes meet, and mutually serve one another as Guides to lose their Way."

We have divers sorts of Walks about London, in some you go to see and be seen, in others neither to see nor to be seen, but like a Noun Substantive to be Felt, Heard, and Understood.

The Ladies that have an Inclination to be Private, take Delight in the Close Walks of Spring−Gardens, where both Sexes meet, and mutually serve one another as Guides to lose their Way, and the Windings and Turnings in the little Wildernesses, are so intricate, that the most Experienc'd Mothers, have often lost themselves in looking for their Daughters.

From Spring−Garden we set our Faces towards Hide−Park, where Horses have their Diversion as well as Men, and Neigh and Court their Mistresses almost in as intelligible a Dialect. Here People Coach it to take the Air, amidst a Cloud of Dust, able to Choak a Foot Soldier, and hinder'd us from seeing those that come thither on purpose to shew themselves: However we made hard shift to get now and then a Glance at some of them.

Here we saw much to do about nothing; a World of Brave Men, Gilt−Coaches, and Rich Liveries. Within some of them were Upstart Courtiers, blown up as big as Pride and Vanity could swell them to; sitting as Upright in their Chariots, as if a Stake had been driven through them. It would hurt their Eyes to exchange a Glance upon any thing that's Vulgar, and that's the Reason they are so sparing of their Looks, that they will neither Bow nor move their Hats to any thing under a Duke or a Dutchess; and yet if you examine some of their Originals; a Covetous, Soul−less Miser, or a great Oppressor, laid the Foundation of their Families, and in their Retinue there are more Creditors than Servants.

See, says my Indian, what a Bevy of Gallant Ladies are in yonder Coaches; some are Singing, others Laughing, others Tickling one another, and all of them Toying and devouring Cheese−Cakes, March−Pane, and China Oranges. See that Lady says he, was ever any thing so black as her Eye, and so clear as her Forehead? One would Swear her Facc had taken its Tincture from all the Beauties in Nature; and yet perhaps, answered I to my Fellow Traveller, all this is but Imposture; she might, for ought we know, go to Bed last Night as ugly as a Hagg, tho' she now appears like an Angel: and if you did but see this Puppet taken to pieces, her whole is but Paint and Plaster.

From hence we went to take a Turn in the Mall. When we came into these Pleasant Walks, my Fellow Traveller was Ravish'd at the most agreeable Sight in Nature. There were none but Women there that Day as it happened, and the Walks were covered with them. I never, said he to me Laughing, beheld in my Life so great a Flight of Birds. Bless me, how Fine and Pretty they are. Friend, reply'd I to him in the same Metaphor, these are Birds to Amuse one, that change their Feathers two or three times a Day.

They are Fickle and Light by Inclination, Weak by Constitution, but never weary of Billing and Chirping. They never see the Day till the Sun is just going to Set, they Hop always upright with one Foot upon the Ground, and touch the Clouds with their proud Toppings. In a word, the generality of Women are Peacocks when they Walk; Water−Wagtails when they are within Doors, and Turtles when they meet Face to Face.

This is a bold Description of them, says my Indian. Pray tell me, Sir, says he, is this Portrait of them after Nature? Yes, without Question, answer'd I, but I know some Women that are Superior to the rest of their Sex, and perhaps to Men also. In relation to those, I need not say much to distinguish them from the rest, for they'll soon distinguish themselves by their Vertuous Discourse and Deportment.

Taken from Thomas Brown, The Works of Mr. Thomas Brown, serious and comical, in prose and verse. With his remains, in four volumes compleat. With the life and character of Mr. Brown, and his writings, by James Drake, M.D. And a key to the whole. The seventh edition carefully corrected. Adorned with a new set of copper plates. London : printed by and for Edward Midwinter, 1730, vol. 3, p. 44-45. Full volume in ECCO. 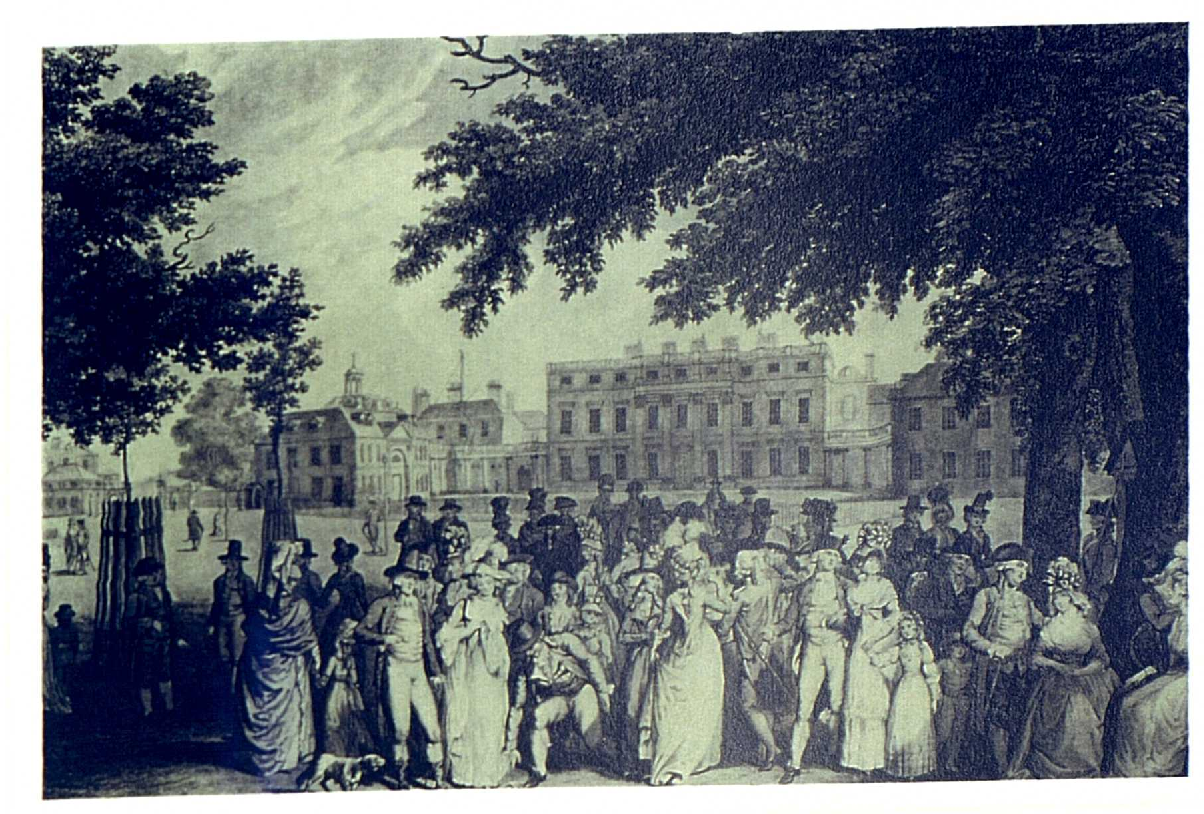