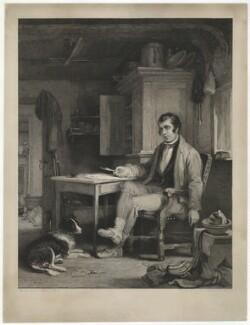 This entry gives an overview of the clubs and societies of Edinburgh during the long eighteenth century. These indeed reflected the expectations of the Scottish society. This entry presents the interaction of these clubs and societies with the upper-class society as well as with the intellectual and working circles of Edinburgh. In particular, it assesses their influence and impact on both the Scottish Enlightenment and the evolution of Scotland’s relation with England during the first century of the British Union.

Eighteenth-century Edinburgh saw the creation of about 200 clubs and societies.1 Up until the nineteenth century, they were all exclusively based in the Old Town.

These places of sociability were influenced by the Enlightenment ideas circulating mainly in France at the time. The traditional privileged relationship between Scotland and France, in the context of the Auld Alliance, increased the positive reception of French ideas and manners in Edinburgh and then Glasgow. The clubs and societies of Edinburgh became the cradle of the Scottish Enlightenment. They were fertile places for debates based on democratic rules2  between the members. They aimed at initiating and promoting innovations in science, philosophy, morals and arts.

They were meeting places for gentlemen. Women remained absent from these intellectual and  social spheres up until the 1770s. During the Enlightenment era, some societies, such as the Select Society (1754), the Pantheon (1773) and the Belles Lettres Society (1759), expressed concern about the place of women in societies; although some accepted them, ladies were not given the chance to participate in the debates. From 1775, the Pantheon Society for instance agreed to admit women but they could only listen to the debates. Yet, if women could not attend any meetings of societies or clubs before the 1770s, it did not mean that their voices were not heard. Women’s discussions took place in drawing rooms. Alison Rutherford Cockburn (1713-1794), a poet and song writer, and Lady Elizabeth Hamilton (1758-1816), an essayist and novelist, for instance, were very famous in town for organising singing or dance classes as well as tea afternoons for women to meet and debate. Their husbands would also defend their ideas in their clubs and societies.3 There had been a brief attempt at creating a club for women, the Fair Intellectual Club (1717) but it was mocked in pamphlets (McElroy 51-55). In people’s minds, these intellectual associations were the reserve of men.

The role played by clubs and societies in the formation of British and European social, intellectual and political networks

In the context of the Auld Alliance and of the institutional Union of 1707, the influence of France was decisive in the fast and successful dissemination of Enlightenment ideas and manners through these clubs and societies, which enabled Edinburgh to find a mode of existence within the Union by remaining an important intellectual and scientific hub. Indeed, following the Union of 1707 and the end of the Scottish Parliament, the city gained the international status of a learned and polite society. The clubs and societies of Edinburgh, the former capital, would play the role of side parliaments to debate on social and political affairs concerning Scotland. They provided a genuine place of political expression for the new elites determined to raise Edinburgh to the level of London, the capital of the new kingdom of Great Britain.4

These clubs and societies were mainly composed of men from higher social and intellectual ranks such as noblemen, lairds, judges, ministers, advocates, professors, scientists, philosophers, religious men, economists, politicians, agriculturalists, medical doctors and artists. However, they gave access to anyone who wished to participate in social improvement they supposedly all longed for. They had contacts with other clubs and societies in Europe. Along with other associations, they thought about common actions to undertake for the innovation and promotion of sciences, arts and philosophy. Their meetings were usually organised along with suppers and wine drinking.5 The Edinburgh Cape Club (1730), based in a tavern, was famous for its drinking sessions. These rituals were essential to the reinforcement of conviviality and trust among the members.

Men gained a status in Edinburgh social circles depending on the group they were members of. They could belong to several clubs and  societies. Robert Burns, Allan Ramsay, David Hume or Adam Smith, for instance, were famous for belonging to several literary clubs. Multi-membership was the most efficient means to build or strengthen the members’ social networks. The clubs were all based in the Old Town until the turn of the nineteenth century. By this time, the New Town was almost finished. Only then, some clubs and societies started to use vacant lands to build their own meeting places. The New Club (1787)6  was one of them. The members of a club or society were not obliged to reside in Edinburgh but they had to make sure they could participate in their meetings. In order to ensure the regular attendance of their members, some groups established specific rules. Those who would not comply with them could see their membership cancelled. Both the Select Society and the Belles Lettres Society of Edinburgh, for instance, were very strict on this matter.7

These institutions would come up with and promote new ideas. They would create efficient social, intellectual and political networks with the rest of Britain, Europe, America and the colonies in general. They would indeed correspond with each other and share their publications. Edinburgh became such an important centre of the Enlightenment that all the important debates in Scotland, Britain and Europe, if not the rest of the world, resounded there. The clubs and societies established in Edinburgh during the eighteenth century gave an impulse towards national improvement. Their number increased with economic growth and scientific improvements as well as the modernization of the city. The Edinburghers enhanced their standards of living through the rehabilitations of the old and overcrowded blocks of the city from the 1660s and launched the creation of a new, modern and comfortable town northward from the 1760s. They also put university and education at the centre of their intellectual and social life to guarantee scientific and intellectual progress.

Reflections of the Scottish Enlightenment

Edinburgh was considered then as ‘a hot-bed of genius‘.8 It was believed that the ongoing debates and conversations could change Scottish society and even the world. The focus of attention was university. Case studies were discussed first in the medical societies, then in the scientific and economic societies before spreading to all others in town. Edinburgh societies were considered at the origin of a revolution in the way of thinking, becoming some kind of model for the French and English societies. Indeed, many travellers, teachers and students would come and study in Edinburgh. They were motivated to do so by the reputation and the ideas spreading in the networks of the societies on the island and on the Continent.

The societies and clubs would sometimes adopt a political commitment. The Easy Club (1712), the Society for Endeavouring Reformation of Manners (1699), the Pretenders Club (1715) and the Rankenian Club (1717) for example, were considered as Jacobite clubs, whereas the Revolution Club of Edinburgh (1735) would glorify the Glorious Revolution and the accession of the Hanoverians. Religion was often an important aspect in the debates since it was believed that without religion, there could be no social improvement. Therefore, the clergy was well represented in these societies. Many joined the Select Society or the Society in Scotland for Propagating Christian Knowledge (1709).9

All these institutions meant to redefine society and, first of all, the Scottish society. In 1755, for example, the Edinburgh Society for the Encouragement of Arts, Sciences, Manufactures and Agriculture was established to improve the economy and the life of Scots.

By the end of the eighteenth century, after the Jacobite defeat of Culloden and even more after the visit of George IV to Edinburgh, in 1822, these societies became a space for the promotion of a specific Scottish culture in Great Britain. Composers and writers such as Thomas Erskine, James Oswald, William McGibbon, Robert Burns, but also painters such as Allan Ramsay, worked for the promotion of Scottish art, music and literature but also for the promotion of the British Union. Some clubs and societies would promote Scottish specificities and identity whereas others would clearly try to align the Scottish society on the English one in an attempt to create a genuine ‘British‘ society. The Athenian Society of Edinburgh, for instance, was modelled on the Athenian Society of London.

At the turn of the nineteenth century and thanks, among others, to Sir Walter Scott’s defense of the idea of a complementarity between Scotland and England for the benefit of Great Britain, public opinion accepted the idea of a Scottish cultural specificity compatible with the Union and the idea of British unity. The Edinburgh literati promoted a civilized, cultured Scotland which, they believed, could still improve thanks to the British Union and the wider Republic of Letters (McElroy 62, 322). From 1765, the Select Society believed the use of English was the surest way to make Scottish ideas thrive. It was the language of communication and improvement. At the time indeed, a movement in favour of a linguistic levelling developed both in the intellectual societies and in the press. Journalists and literary men such as Henry Home, Thomas Reid and William Robertson tried to convince the population to read and speak English instead of Gaelic, Scots or any other Scottish provincial idiom. It became fashionable to consult English friends for correction. In post-Culloden Scotland, this promotion signified to a certain extent the end of Gaelic and, more generally, the end of Scottish heritage. Songs and play writers, as well as novelists (i.e. Robert Burns) advocated the promotion, of the Scottish Gaelic language and Scots, writing from then on their music and literary pieces in these idioms.

The Scottish national specificity was also reflected in the names given to the societies (using the adjectives ‘Scottish’ or ‘Caledonian’) or in their ceremonials, reflecting or using Scottish emblems and traditions. Some would eat national dishes such as haggis and drink whisky during dedicated ceremonies. The same was actually also true in England with the Beefsteak Club, for instance. In both cases, the idea was either to mock the nationalist exaggerations in the debates or to remind the learned societies in Britain of the cultural specificities and diversity of the new British nation with a humouristic tone or provocation, as the Society of the True Highlanders would do later on by playing with stereotypes on the Highland clans.

The clubs celebrating specific Scottish anniversaries were usually ephemeral or fictitious clubs or societies. Sometimes, their names would appear in periodicals such as The Spectator (McElroy 441-442). The impact of the clubs and societies of Edinburgh on the social, intellectual and scientific life and reputation of Scotland was decisive in the evolution of Scotland in Great Britain and Europe during the eighteenth century.

McElroy, Davis Dunbar, The Literary Clubs and Societies of Eighteenth Century Scotland, and their Influence on the Literary Productions of the period from 1700 to 1800 (Thesis. Edinburgh: Edinburgh University, 1952).

National Library of Scotland, 'Clubs and Societies: Source 1: List of members of the Select Society', The Scottish Enlightenment, 2019.https://digital.nls.uk/learning/scottish-enlightenment/source/list-of-members-of-the-select-society/.